One thing I walked away with from last year’s Experimental Media Congress was a sense of concern over the definitions of the many terms circulating within and related to the media arts. Even the congress itself made a conscious effort to employ the use of the term media in its title as opposed to the previous rendition’s use of film.  Although comments made throughout the congress’ five days seemed to point toward the name change as at least partly a way to distance itself from some of the controversies of the previous rendition, it seemed to me to be a no brainer; after all, the moving image arts of today encompass a wide variety of modes and media.  But after transcribing audio recordings of the panels for a piece I contributed to INCITE! Journal of Experimental Media & Radical Aesthetics, and experiencing the congress for a second (and third, and fourth…) time, this focus on semantics seemed even more present than I had initially experienced in person.

This preoccupation with defining terms struck me and throughout my transcribing I often found myself thinking about the actual words used to express particular concerns within the current state of media arts.  Noticing repetition of particular words within individual conversations I wondered about the space certain terms occupied throughout the panels and the congress overall. In an attempt to summarize my readings of a number of the panels I offer these visualizations based on the frequency particular terms were utilized. – Christina Battle, April 2011 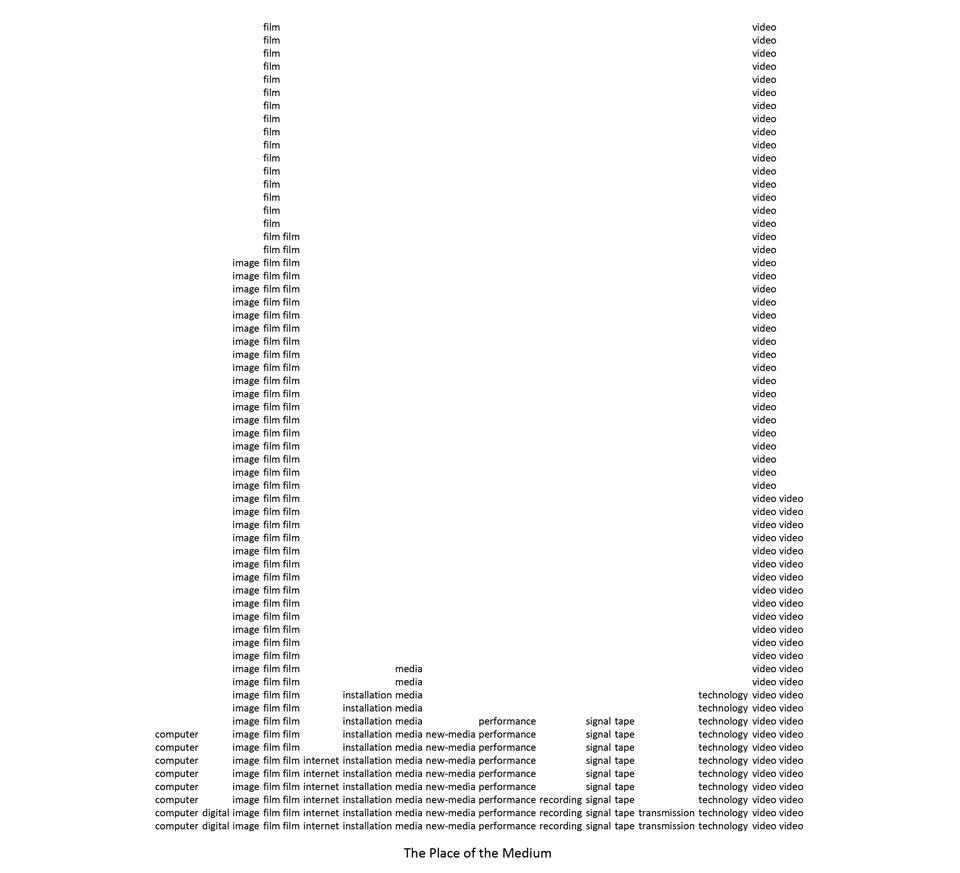 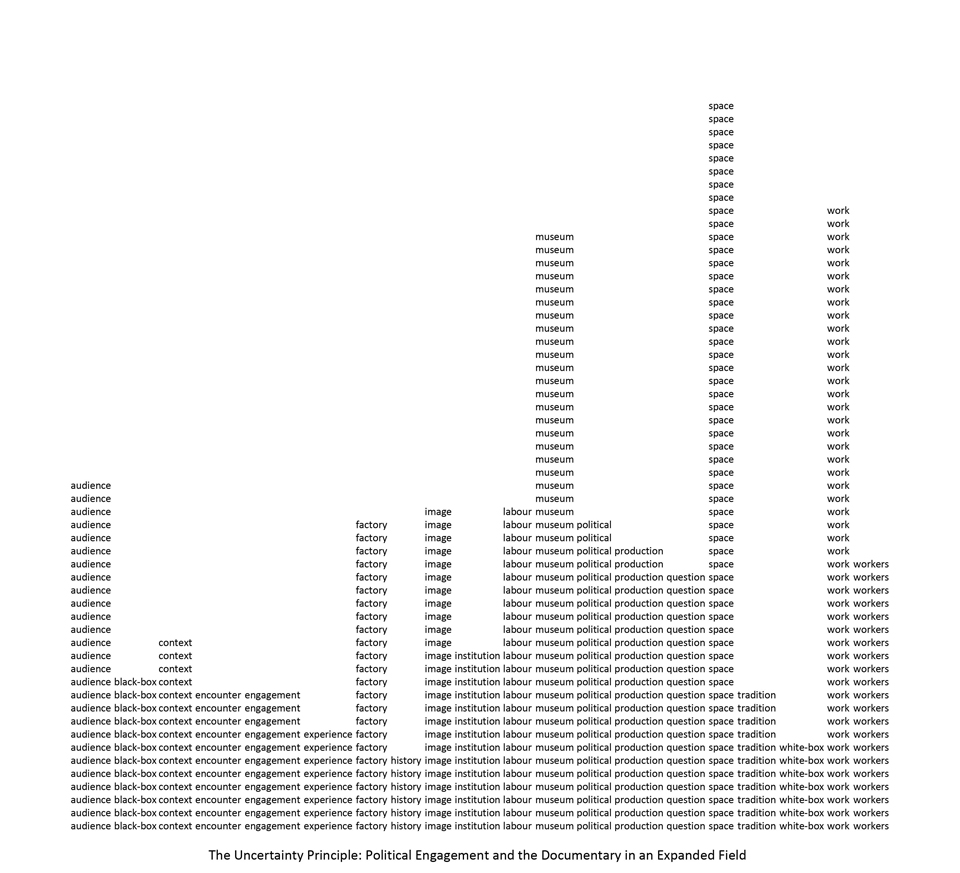 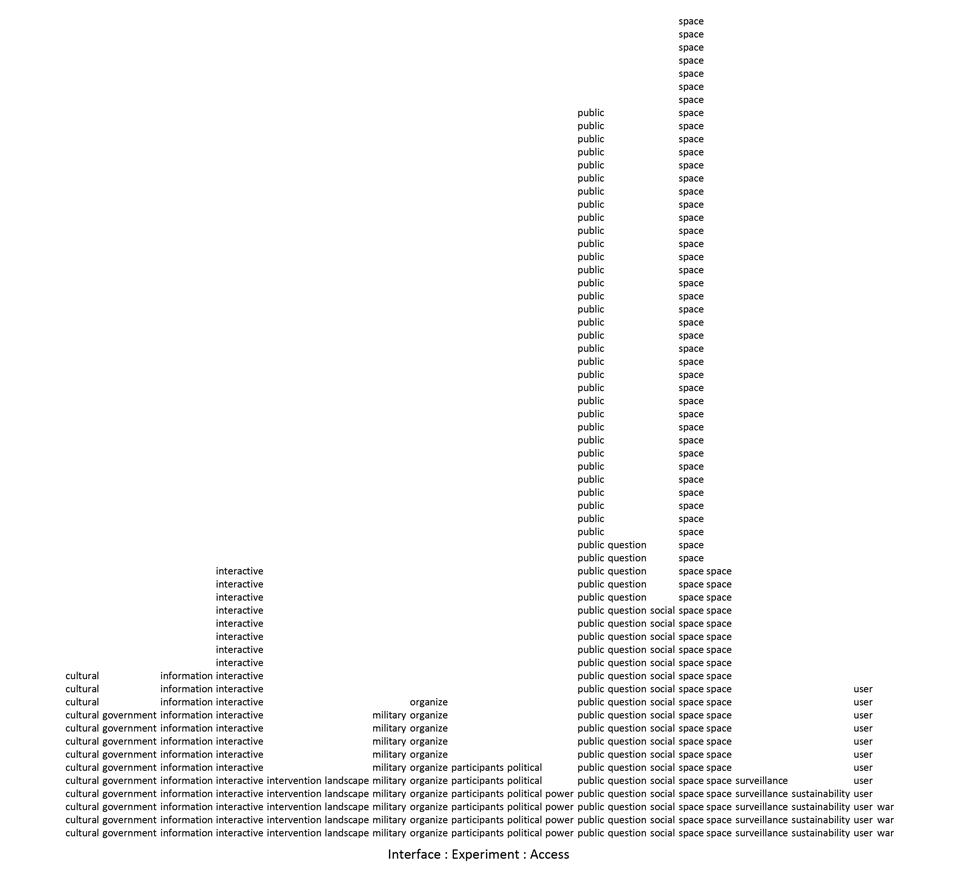 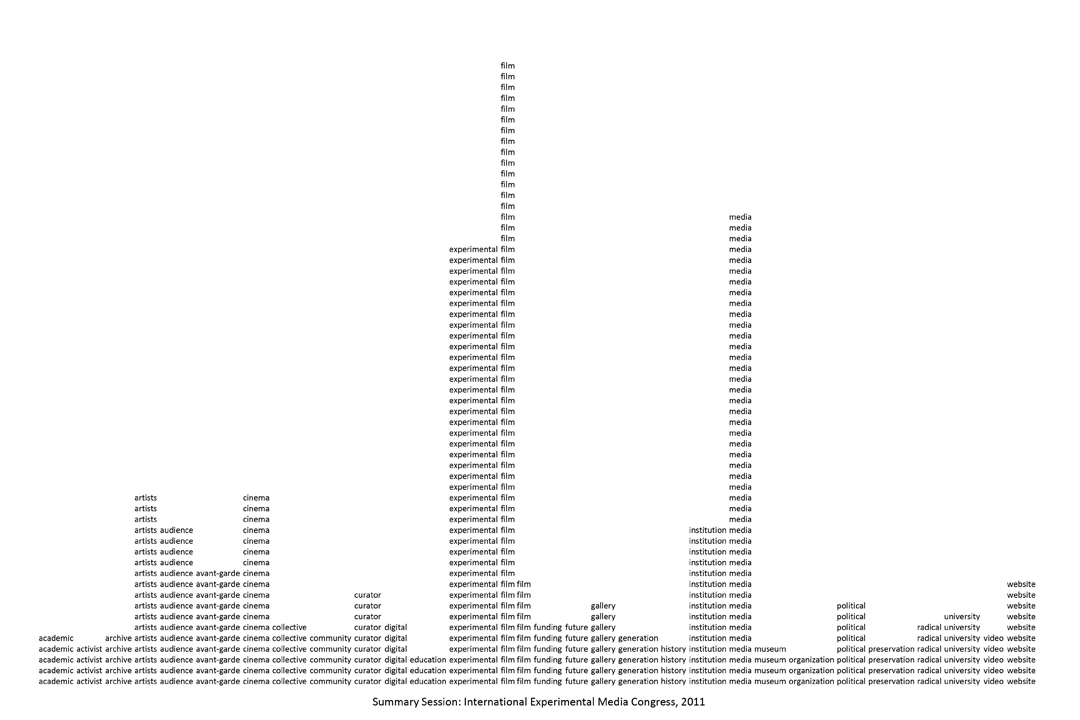 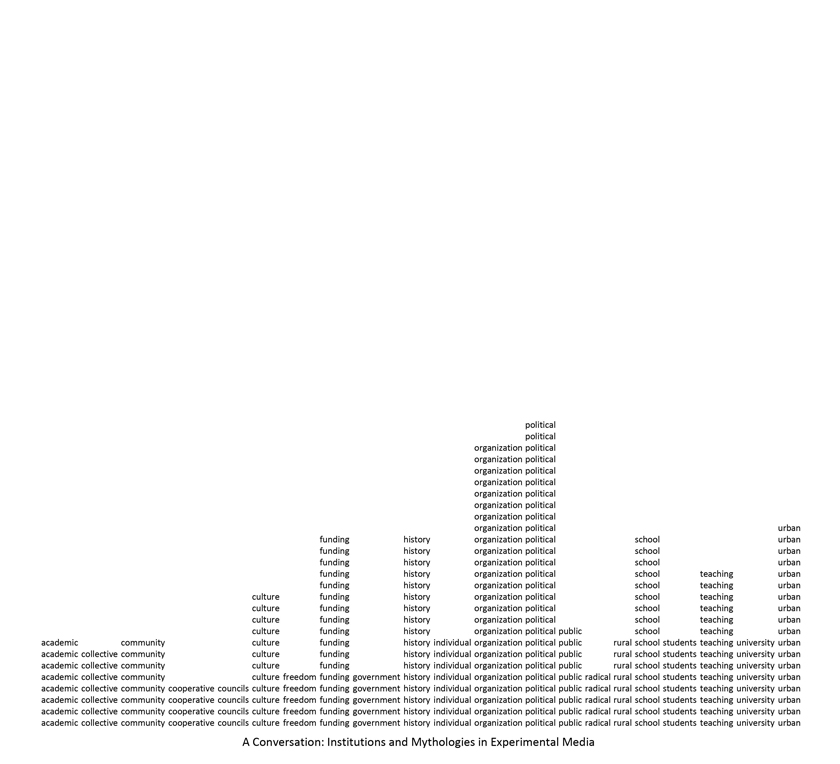