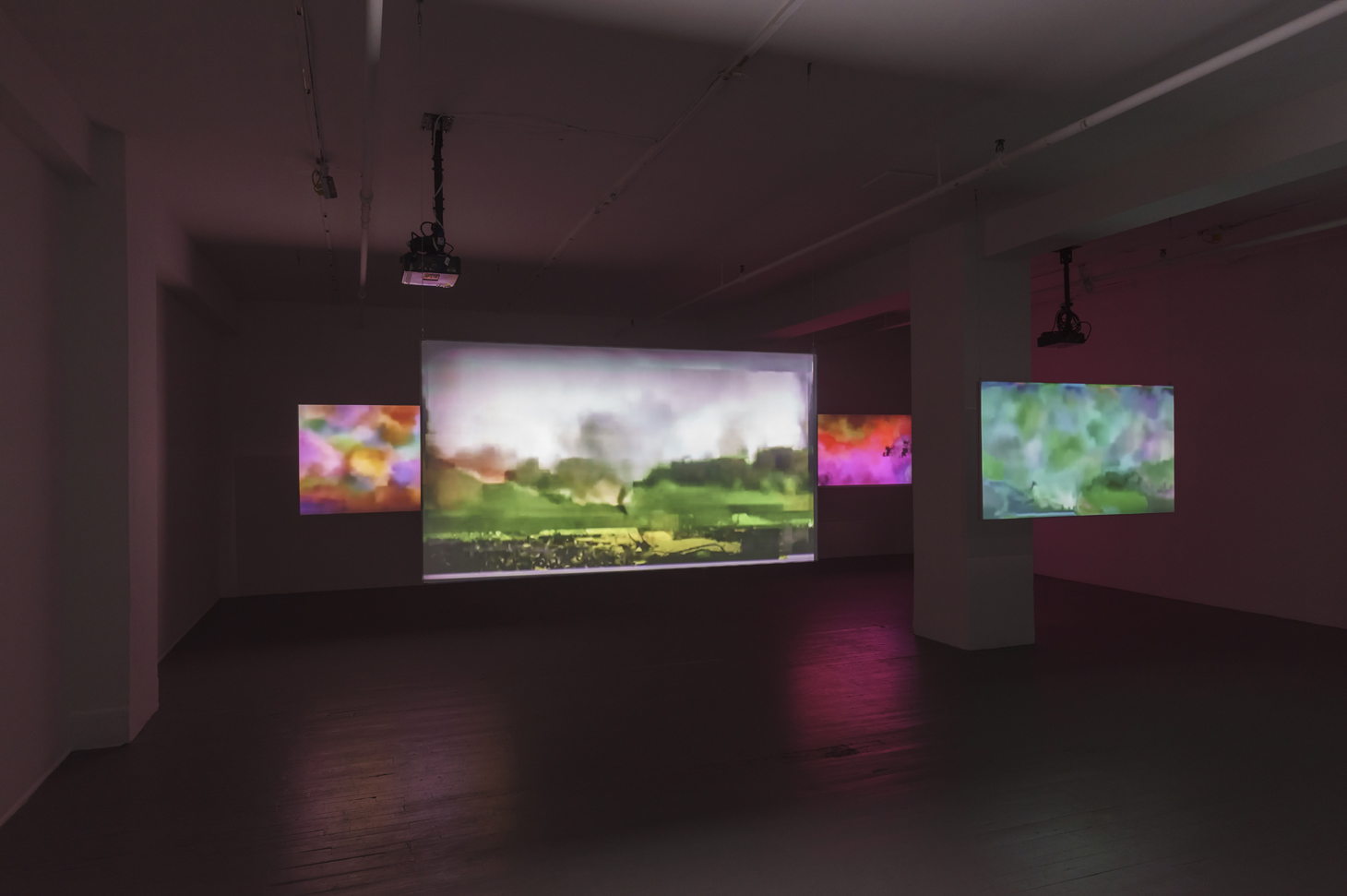 The people in this picture are standing on all that remained of a handsome residence
Multi-projection installation + Zine
a part of Mapping the Prairies Through Disaster
Archival photos from Edmonton’s deadly 1987 Tornado are glitched and datamoshed into repetitive abstraction. When I came across the source images manipulated in this work, all I could think about was how I remember those days and what they actually looked like. It made me think about our increasing desire to capture and disseminate images of disaster; about Disaster Porn – now a common phenomenon thanks to 24 hour repetitive news broadcasts and Instagram; about why we need to see images documenting disaster at all and why it is that we want those images to look beautiful.

From Le Mois de la Photo à Montréal’s The Post-Photographic Condition program notes – curated by Joan Fontcuberta:
[September 10th – October 10th 2015 at Le Centre des arts actuels Skol]
Jean-Luc Nancy states that since Fukushima, the natural disasters of the past have been replaced by a single ongoing civilizational catastrophe. Nowadays, disasters are immediately made into spectacles through media coverage. How, then, can we describe traumatic events without veering into sensationalism? How do we provide information without succumbing to morbid curiosity? Christina Battle has oriented her work toward subjects such as history and counter-memory, political mythology, and the iconography of catastrophes. Her video installation The people in this picture are standing on all that remained of a handsome residence (2014) evokes Black Friday in Edmonton, Alberta, on July 31, 1987, when a devastating tornado killed dozens of people and destroyed many homes. Battle downloaded eyewitness photos of the Edmonton disaster and videos of tornadoes published by news outlets on the Internet. She then altered the codes of the images to produce random crashes or glitches and “collapsed” the results into video files, once again corrupting elements in the codes to force simultaneous reproduction (datamoshing). “Mute” images consequently become “eloquent,” while fragmentation and repetitive abstraction de-spectacularize the drama. Impervious to the temptations of “disaster porn,” Battle suggests that every catastrophe sheds a certain amount of light. 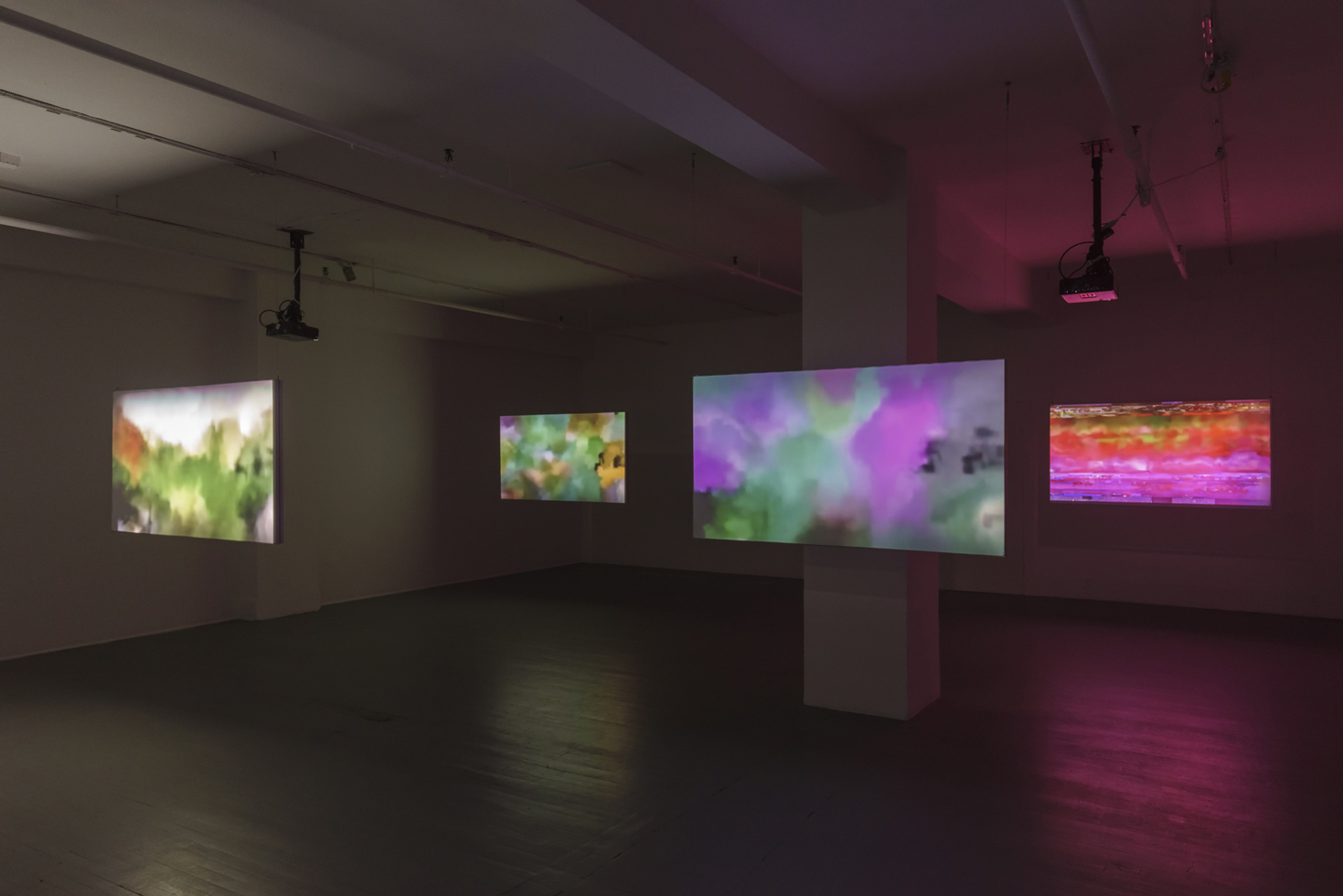 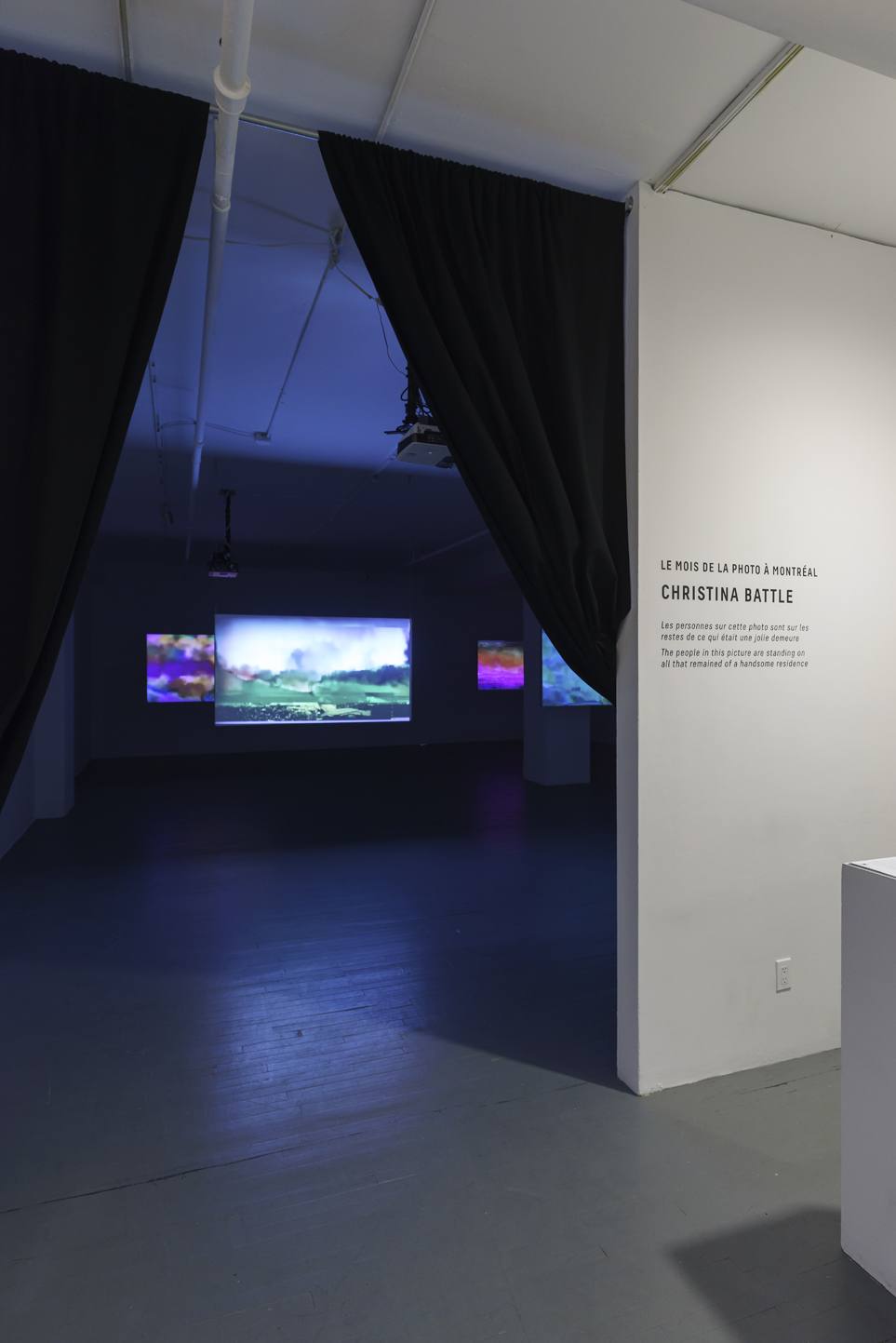 from the zine that accompanies the work: 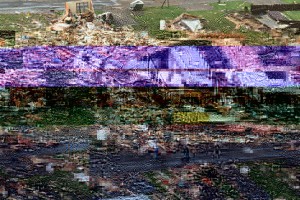 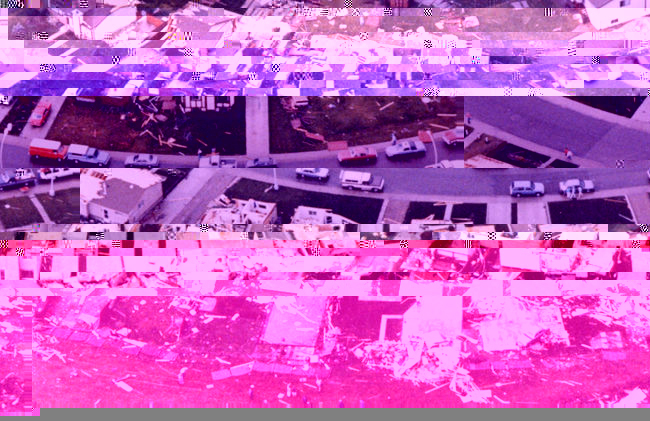 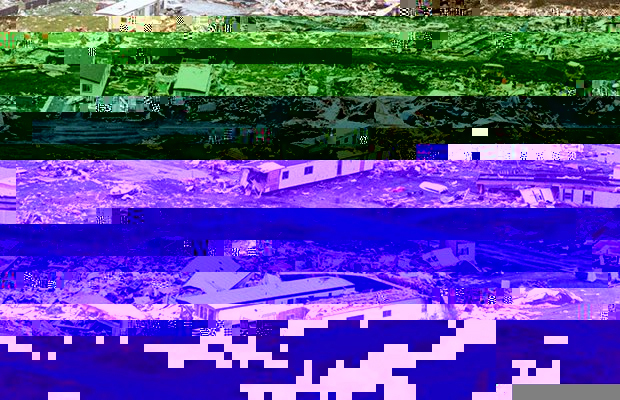