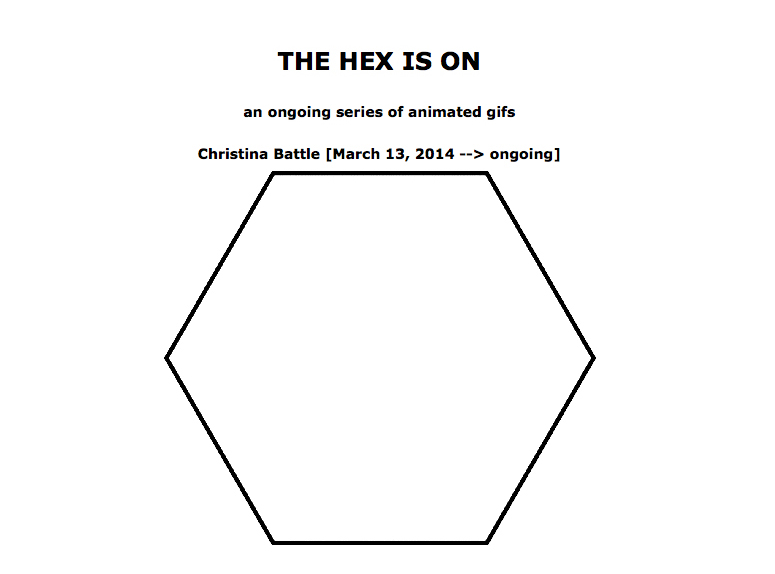 An ongoing project, THE HEX IS ON is a website of quickly-made and never second-guessed animated GIFs. Originally created as a response to news headlines, each animation serves as a reminder of the moment described in the original headline that inspired it. By transforming the context of the headline into something else, animations comprising THE HEX IS ON were made as a way to work through the often complicated and seemingly never-ending deluge of content put into the world via news media. Researched, created and posted online all within the same day, each GIF is titled via date in order to point back toward its moment of both inspiration and creation. Operating as a sort of sketch book the GIFs document an experimental process, one that considers the benefits the animated GIF can offer both formally and conceptually as a medium during such fast moving and politicized times. www.thehexison.com