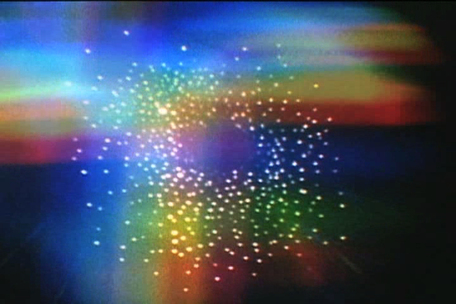 “If you are a woman and dare to look within yourself, you are a Witch. You make your own rules. You are free and beautiful. You can be invisible or evident in how you make your witch-self known.”**

The contemporary image of the witch, one that has reclaimed its original identity of female power and body, has seen a rise within popular culture fuelled by a strengthening of feminist perspectives within society at large. This shift in cultural reference from that perpetuated since the 15th century has been appropriated by Hollywood with representations of witches as strong female characters – consider American Horror Story’s third season Coven (2013) whose overall theme of “girl power” contributed to the further popularizing of this updated image. This reclaimed identity is not new to artists and those identifying with perspectives tied to witchcraft enact a deliberate attempt to empower.

An essay accompanying the program was published by LOMAA – not yet online but a pdf is accessible here.

* The program’s title “I’m Really a Witch.” references a tweet by rap/pop star Azealia Banks on January 8, 2015. As noted in an article by Sady Doyle: …simply by calling herself a witch in public, Banks had managed to evoke real fear. Rightwingers treated her as if she were actually planning to blight crops and hex her enemies, all the while claiming that they didn’t believe in witchcraft. [Doyle, Sady. “Season of the Witch: Why Young Women Are Flocking to the Ancient Craft.” The Guardian. Guardian News and Media, 24 Feb. 2015. Web. 05 May 2016.]

Descriptions of Works:
Bwitches Episode #1 – Johanna Middleton & Martine Moore – 2016
Bwitches is a feminist comedy series about two friends who use their magic powers to vanquish the sexism and racism they face in modern Hollywood. Starring and co-created by Johanna Middleton and Martine Moore, Bwitches is a smart and goofy cross between Broad City and Bewitched. The heart of the show is about our experiences as women who are also of different races. It’s a witches brew of comedy, camp, and commentary. You’ll also see some talking cats, floating objects, and magic spells. [http://www.bwitchestheseries.com/]

How to Identify a Witch, Nicole Rayburn, 3:34mins, 2014
How to Identify a Witch references historically documented methods used to identify and prosecute a witch. The methods presented in the video, although seemingly bizarre, are sourced from witch hunting manuals, such as the Malleus Maleficarum (The Hammer of Witches), which were commonly used reference texts throughout the European justice system during the witch craze.

Simple animations created from illustrations and woodcuts derived from this period serve to emphasize the absurdity and popular prevalence of the witch craze event, but also gesture towards the problematic belief systems that fostered the emergence of this frenzied phenomenon that targeted primarily women and the socially vulnerable as ‘others’.

The continued relevance of this historical topic is manifold. Persecution in the form of repression, exclusion, torture, and execution, premised solely in intolerance of difference, be that physical, behavioral, or spiritual, is still prevalent. As Joseph Klaits poignantly states in Servants of Satan: The Age of the Witch Hunts, “Plainly, we are not dealing with obsolete issues when we consider such problems as the roots of intolerance, manifestations of prejudice against women and minorities, the use of torture by authoritarian rulers, and attempts by religious and political ideologues to impose their values on society”. The witch is a scapegoat blamed for random misfortunes, but more so persecuted for social position, difference, and otherness – emphasizing the continued importance as an issue of contemplation today.

When I was 14 (working thru workin thru), Rachel McRae, performance (10mins)
Simultaneously confessional, sermon, and essay on queer occult practice written in reverse, Rachel McRae’s When I was 14 (working thru working thru) is read aloud from its online Tumblr-blog source, as if newly discovered and re-lived by both audience and reader. Cemented by the testimonial of a teenage witch in a hostile small town, the performance acts as a spell in itself, navigating the ways narratives and rumors can cloak the subject in a conjured protective barrier of language.

hysteria, Christina Battle, 4 mins, 2006
made with the support of lift & the new directions in cinema series 2006
An unstable community leads to accusations and panic. Re-considering the Salem witch trials of 1692. Then doesn’t always seem so far off from now.

In hysteria, Christina Battle refers more obliquely to the contemporary political climate using schoolbook illustrations of the Salem witch trials. She works the surface of the film in distinctive ways, lifting the emulsion to add new wrinkles to the image one frame at a time.- Chris Gehman & Andréa Picard (tiff 2006)

Blood Clock features original images and sound from FASTWURMS rural home, including the cycle of a full moon with a spring frog chorus and cows playing in a pond as the sun sets in the harvest season.

FASTWURMS original images are mixed with samples from the classic pagan cult film The Wicker Man (1973), including Willows Song by Paul Giovanni:

Heigh ho! Who is there?
No one but me, my dear.
Please come say, how do?
The things I'll give to you.
A stroke as gentle as a feather
I'll catch a rainbow from the sky
and tie the ends together.
Heigh ho! I am here.
Am I not young and fair?
Please come say, how do?
The things I'll show to you.
Would you have a wond'rous sight?
The midday sun at midnight.
Fair maid, white and red,
Comb you smooth and stroke your head.
How a maid can milk a bull!
And every stroke a bucketful.

They Run! – Laura Conway, 7.27mins, 2015
They Run! is a visual retelling of a retelling. It is a fan fiction-animation, an ode to Marion Zimmer Bradley's 1983 novel The Mists of Avalon. It is primarily a defense of the mythical mother of western story – Moraine Le Fay – the lover, half-sister and vilified priestess of Arthurian legend.