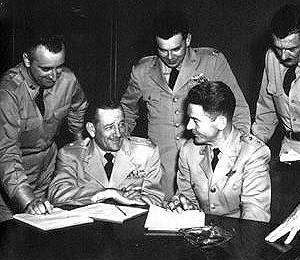 Eventually, the Washington radar objects were labeled as “mirage effects caused by double inversion” and the visual sightings as “meteors coupled with the normal excitement of witnesses” by Project Blue Book.