active protest in denver (number one) – with adán de la garza
On September 1st we actively protested the city of denver’s support and promotion of world art drop day. Although the event may have been started with the best of intentions – those of sharing and bringing people together through art, we found the city’s active encouragement of Denver artists giving their artworks away for free, especially at this moment in time,  to be nothing but exploitative. The city of Denver has been marketing itself as a “hip, creative and culturally friendly” city – at great expense to the artists and cultural producers who live here, many of whom are currently struggling to survive within the city they have contributed to so greatly. We participate in protest as a way to draw further attention to the issues. 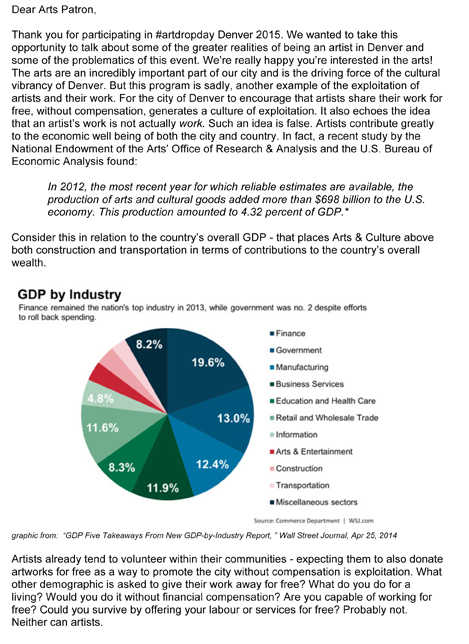 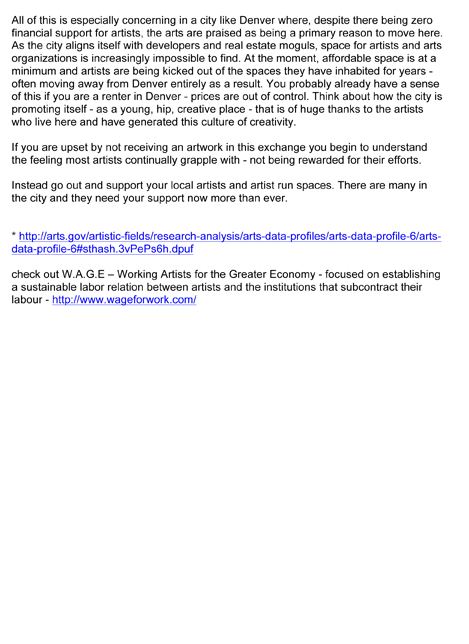 some of the drops: 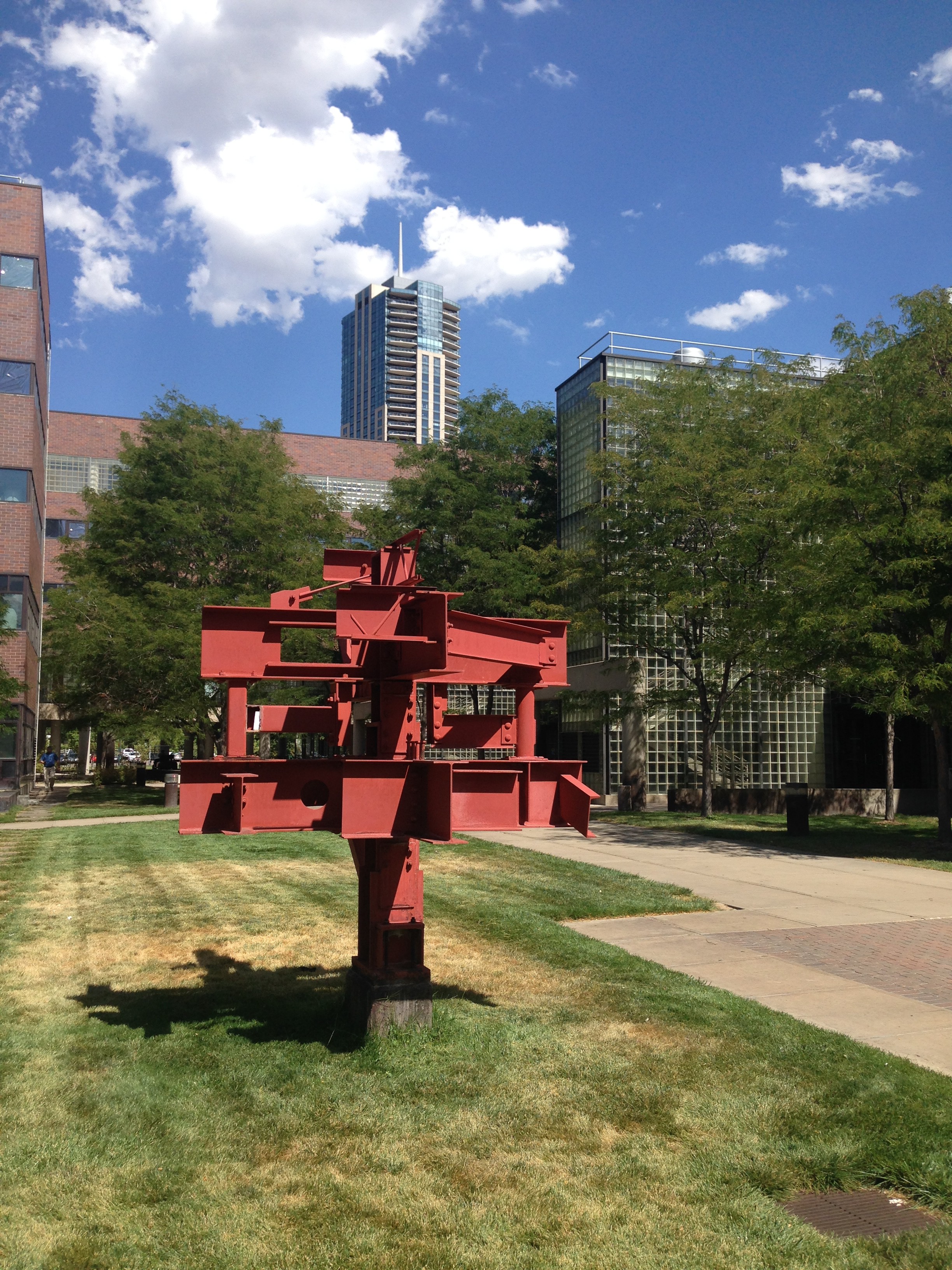 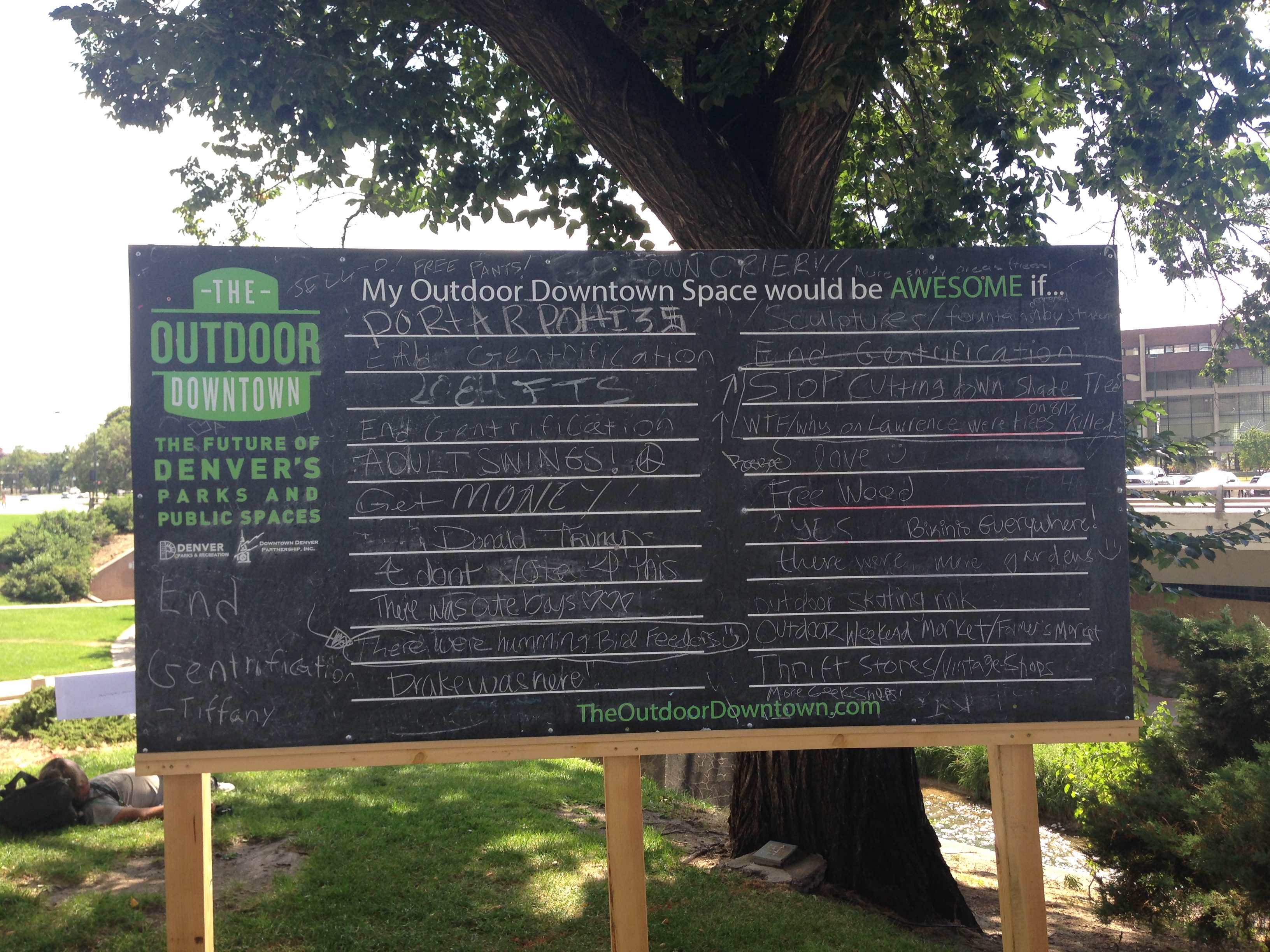 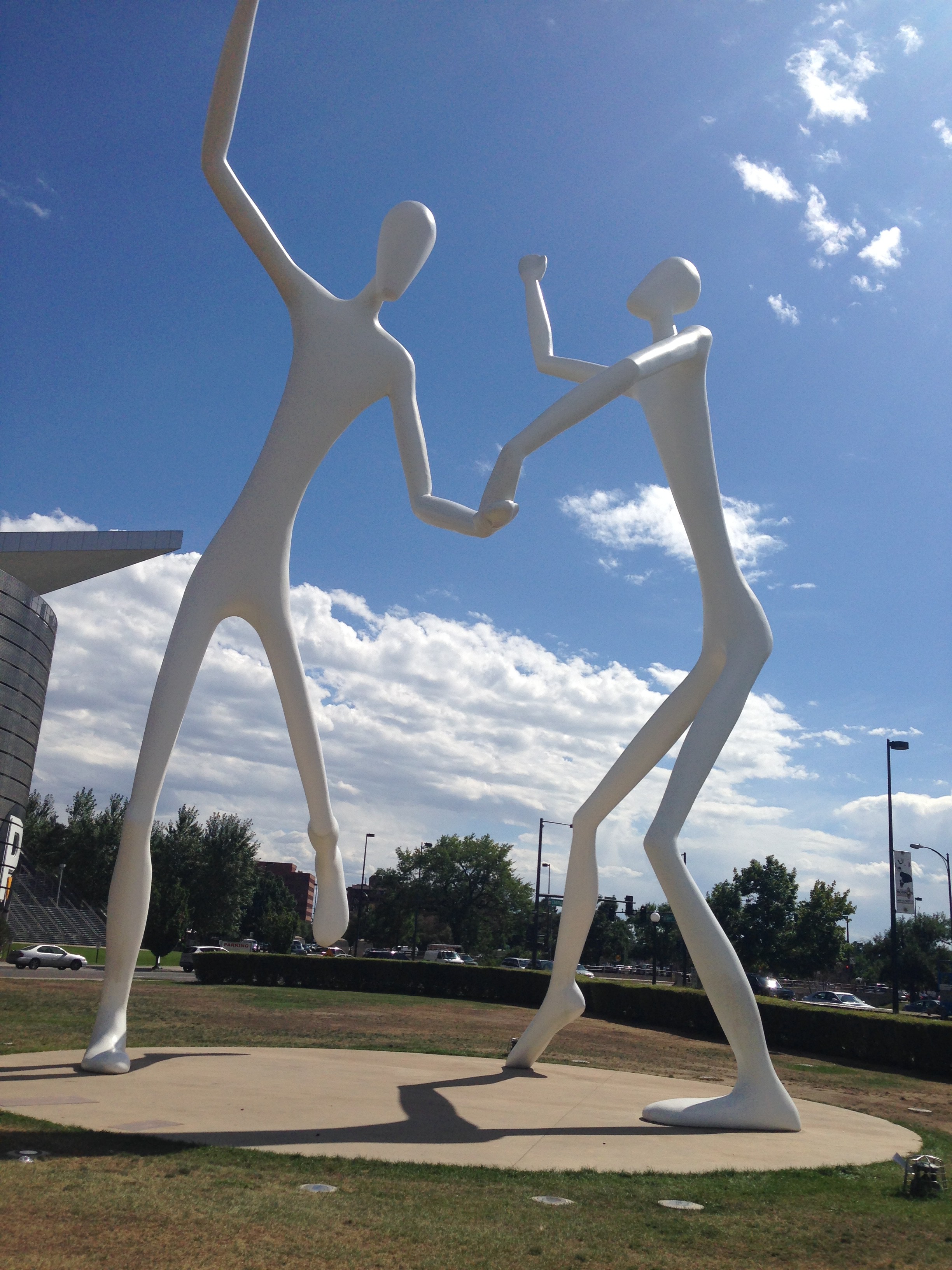