It’s About Time (Where was it fun to dance?): a response
Christina Battle, November 2020 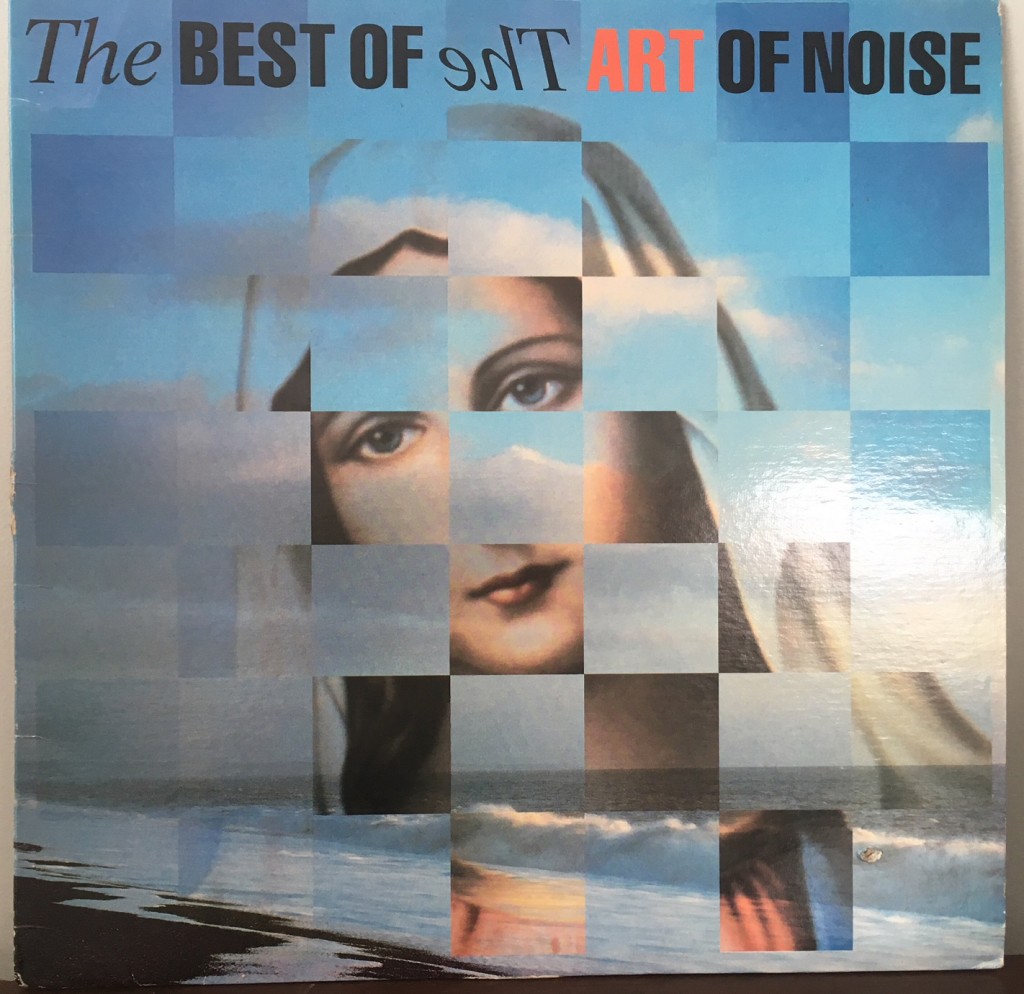 The first solo dance competition I did was to a song from this record – at a dance school on the south side that I don’t recall the name of anymore. Choreographed by a teacher who I wish I did remember. She was cool: young, punk and edgy. Thinking back now, I realize how actually cool and weird it was: to choreograph a dance routine to a song by The Art of Noise for a Black 8-year-old (or maybe 7?) in Edmonton in the early 1980s. I left that dance school after year or two, I have no idea why – I liked it there. After that first year, my mom and dad probably realized I was serious about dancing, and the school I ended up at probably had a more comprehensive program (it certainly had a stronger reputation in the city). But the adult in me now wishes I had stayed at that small school on the edge of the city with this radical weirdo teacher – it was much more aligned with who I actually am as a person.

I quit dancing when I was 17. It was an abrupt decision, but one long in the making. I quit for many reasons too tangled up to explain across this short text, but I’ve been trying to think about how to best sum it up. I know some of you will know what I mean when I say that I never really felt comfortable there.

Recently, my mom told me about the behaviours of some of the other moms at the dance school, and it suddenly made sense to me why she refused to ever really take part in any of it. While the other dance moms would wait for their daughters in the dressing room, mine would always wait for me in the car. At the time, I preferred that – I mean, it seemed strange to me how controlling those other moms were. How much they’d gossip in the dressing room as if 12 year olds themselves. I’ve been thinking a lot about this culture of (—–)[1] dance moms since visiting the exhibition. How specific that culture of (—–ness) is, and how, even though my mom is (—–) she couldn’t tolerate it, she didn’t fit into that particular culture either. She tells me now about how petty and problematic some of those moms were; how often other moms whose daughters were at the brunt of their gossip and vitriol would call her for advice as to what to do about it.

Those TV shows with (—–) dance or beauty pageant moms: they’re not called ‘reality’ shows for nothing.

No wonder I quit.

By quit I mean I just never went back. I thought all summer about how much I didn’t want to go through it all another year; how my friend told me how badly she was treated when she quit the year before, and how I didn’t want to set myself up to be abused like that. How I felt like I owed the place nothing: from my view, I had already given them so much. So, I just never went back. And I never danced again.

How small the area of overlap between feelings of comfort and safety.

It’s About Time: Dancing Black in Canada 1900 – 1970 and Now, makes Black culture within Canada more visible: providing evidence of histories and legacies that have always been there despite their deliberate disregard by dominant cultural institutions. Walking through the exhibition feels heavy, but a good kind of heavy—like a weight that is necessary to bear in order to make visible what you always knew was there but couldn’t quite see.

Righting the wrongs of an archive gives legitimacy to cultures who have
otherwise been denied.

I remember going to a friend’s dance school while spending a summer in Michigan when I was maybe 11 or 12, and feeling so different after the classes.

So comfortable.
So seen.

We had fun. There were other girls who looked like me. At the end of the class the teacher told me how much she hoped I’d come back. I’m actually not sure if I ever did, I don’t really remember. I know I wanted to go again, but I also know I felt uncertain about how fun and comfortable it was. It wasn’t how I was used to feeling after dance class.

There’s something strange that happens when you’re not used to feeling comfortable in certain settings.

The experiences that shape us.
That mark us.
That we can never quite let go of.

I started to get into punk music a year or two before I quit dancing, which only compounded the disconnect I felt within the culture of the dance school. That scene wasn’t rid of the same (—–) cultural dominance – not by a longshot – but the political differences became harder to ignore.

I thought about this a lot while visiting It’s About Time: about how much the politics present within the photos of the exhibition fit fairly well with those I was thinking about just before I quit. And how strange it actually is that, at the time, I equated dance with this entirely different politic and culture from that presented across the archive.

I remember dancing a lot at home, my parents danced all the time. As kids we were always in tow with them at parties and we’d dance, and watch, and learn, and take notes. I remember us practicing urban line dances in the living room over and over. It was fun.

In the exhibition, there’s a section on community dance lessons and I had a hard time looking at it for long. It just reminded me of what was missing from my own experiences with community dance lessons. They looked nothing like that recorded in the photos. Since being in the gallery I’ve been thinking a lot about what is often missing from archives: not only because it has been overlooked, but also because it was never allowed to really be there in the first place.

Across from the wall focused on community dance is a timeline of Alberta’s Human Rights from 1900 to 1970, an account of the province’s early anti-Blackness.

I wonder about how it is that we define community. I think I’ve been part of a number of communities over the years, but I never felt like I was part of a dancing community.

Where do we find comfort when it isn’t offered around us?

I used to watch (more like study) shows like Soul Train and Solid Gold on TV. We didn't get Soul Train in Edmonton on television when I was young (at least not on whatever cable package my folks had) so I relied on soaking it up when we'd go to the US. Thankfully, though, I grew up in the era of the music video.

Distance and networks
and connections
across distance.

The exhibition’s thesis stops at 1970 by design, but the timeline of human rights in Alberta got me thinking about those decades since that aren’t included, and where comfort lies for Black people in the province now:

Where do we find safety when it isn’t offered around us?

I’ve been thinking a lot about the newly commissioned paintings in It’s About Time by Braxton Garneau and Preston Pavlis (both artists based here in Edmonton), and how they too have become part of an archive via the exhibition. A record of Black artists being here now, despite institutions repeatedly ignoring and trying to convince us that they’re not.

What is lost when we’re
not included?
What culture is shaped?

When I visited the MAG, Carolyn, the gallery’s director, mentioned how disappointed she was that no one local had written about the exhibition. She recognized the importance of the show’s content, and the role that recognition from those presenting the city back to us plays in overall culture. I’ve been thinking about that lack of recognition, and how not surprised I was when she mentioned it. About how they probably tally the number of works made by Edmontonians within the show as a determination of cultural importance (there are two). About what it means to measure culture in such a way, and about how that approach to thinking about culture ultimately shapes the very issues that the exhibition takes on.

I’ve been thinking about how much the lack of inclusion within archives actually tells us. Black people have been dancing here in Edmonton—here in Alberta—it just wasn’t made visible to those who have shaped the dominant culture.

It hasn’t been recorded in ways that can be easily accessed.

Thank you to Seika and Carolyn for the invitation to reflect on the It’s About Time: Dancing Black in Canada 1900 – 1970 and Now exhibition, and to those members of a tenuous we, irl, and Making Space who I have learned so much from over recent months and whose care, generosity, and creativity, continues to serve as inspiration to help imagine how our current artistic culture could be otherwise.

A note about embedded YouTube videos: I've been thinking about the difficulty of relying on archives within the online 'public' sphere: how tenuous the links can be; how problematically bound up with capitalism and advertising they are; and how our laws and relationships surrounding issues of copyright, and even the technologies themselves, are changing so rapidly that a sense of unreliability is necessarily engrained within them. How reliant they are on individuals, and how the drive to archive (sometimes obscure) material can itself be a catalyst for the shaping of community. The videos linked within this online essay might not be available for long; within this reality is another framework of context with which to consider the importance of the It’s About Time: Dancing Black in Canada 1900 – 1970 and Now exhibition.

[1] (—–) because even though it shouldn’t need to be said out loud, it seems that these days the cultural implication still has to be pointed out directly.